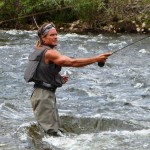 My job is to help lake communities identify what’s wrong with their lake and inspire them to make the very best decision about how to restore health.

Before contracting with Lake Savers in 2010, I taught restorative justice and conflict management at the University of Colorado in Boulder. Restorative justice defines “justice” as the repair of harm and places responsibility for repairing that harm in the hands of those directly impacted.

So what makes an environmental technology truly restorative? As I’ve discovered with Lake Savers, a technology is truly restorative if it repairs a natural system’s inherent capability of continually restoring itself. To me, that’s also the definition of sustainability.

This is the main reason why chemical herbicides and other methods don’t work – they don’t restore the natural system. They treat the symptoms, but not the cause.

Back to Lake Savers Team