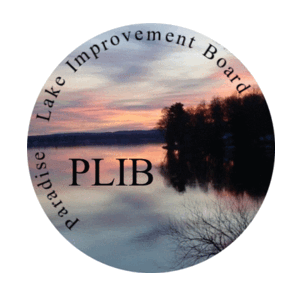 Where is Paradise Lake? This 1900 acre body of water is nearly at the northern most tip of the lower peninsula in Michigan within Carp Lake and Hebron Townships but this detail is not nearly as important as its small community’s big “green” plans.

Eurasian Watermilfoil (EWM), a common and widely disseminated invasive weed, has taken up residence in its waters and local residents have some unique plans to battle the invasion. While a majority of lakes today are utilizing popular chemicals to manage their invasive weeds, the Paradise Lake Improvement Board (PLIB) has opted on an environmentally friendly treatment that has local residents abuzz with excitement.

After much contemplation, the PLIB opted for an innovative means of invasive weed treatment called Laminar Flow Aeration (via a pilot project in the west bay) and a concentrated weevil stocking program elsewhere in the lake. “We really wanted to go with a long term treatment option that was ecologically conscientious”, cited Board member Elaine Bostwick, “it was a difficult decision but we believe we have made a responsible choice and in less than one season, we are already seeing very promising results”.

Lake Bottom Aeration is a system-driven process developed by Lake Savers and AerationTech, LLC to duplicate natural spring and fall turnover of a water body. John Tucci, president of Lake Savers LLC, installed the aeration equipment and accompanying bacterial enzymes in Paradise Lake in consultation with Jennifer Jermalowicz-Jones of Lakeshore Environmental Inc; the PLIB’s chosen Lake Management Consultant. Explaining how the system works, Tucci had this to say, “The Laminar Flow Aeration System continuously delivers highly oxygenated water to the sediment “compost pile” at the lake bottom. When used in combination with beneficial bacteria and enzyme treatments, this technology converts and reduces the nutrients in the lake sediments making them unavailable to weeds and algae”. Eurasian Watermilfoil is especially sensitive to this methodology because of its shallow root system. Currently, residents are reporting EWM plants, with their root systems attached, appearing on the shoreline. This indicates that the plants are being “starved” and are releasing from the lake bottoms already.

The residents of this “Mayberry” type community are not strangers to pioneering efforts in lake management either. In 1998, Paradise Lake was the first lake in Michigan to utilize the native North American weevil as a means for treatment. When stocked in the correct quantity and configuration, this miniscule insect has been shown to be an effective biocontrol agent; inflicting damage to the stem and root biomass of EWM. Based on the positive results of a June 2012 survey completed by Lakeshore Environmental, the PLIB has unanimously voted to continue with weevil stocking in the 2013 season and a new survey will be conducted in October 2012 to officially formalize the efficacy of the aeration system. The results will be found on the Board’s website: http://www.paradiselakeimprovementboard.com.

Paradise Lake is also the proud recipient of a Great Lakes Restoration Initiative (GLRI) competitive invasive species prevention grant that will fund the construction of a new boat wash station at the public access on Paradise Trail. These grant funds were awarded through the hard work of Kira Davis with the Little Traverse Bay Bands of Odawa Indians and partners: Michigan Department of Natural Resources and the PLIB. This new proactive measure will undoubtedly hinder the introduction of any further invasive weeds or entities into the lake as well as protect other bodies of water from Paradise Lake’s existing EWM. The groundbreaking ceremony is to be determined.

As a result of this community’s ongoing and original efforts to heal their lake using an inspired, sustainable and ecologically responsible approach, a local saying has never been truer: “Although there are no carp in Paradise Lake, there is paradise in Carp Lake”.