It Attacks their Digestive System

The most promising emerging technology for Zebra and Quagga Mussel control is a product called Zequanox being developed by Marrone Bio Innovations. This product is an all-natural derivative of a common soil bacteria discovered to be toxic to Zebra and Quagga Mussels by scientists at the New York State Museum.

Zequanox has shown excellent results in killing Zebra and Quagga Mussels quickly and effectively with no harmful effects to native lake species. It’s not a poison. As promising as this technology is, it can’t complete the job alone.  Lake Savers Lake Bottom Aeration Technology is being tested as a “delivery system” for Zequanox to ensure it reaches the mussels and to off-set the potential negative impacts of millions of mussels dying quickly at the lake-bottom.

First, with massive mussel die-offs comes an equal amount of decaying mussels on the bottom of the lake. As mussels decay in masse, here’s what happens:

If the level of dissolved oxygen at the lake-bottom is insufficient to meet the increased oxygen demand of decaying mussels, aerobic bacteria population falls, anaerobic bacteria take over, and the cycle of internal nutrient overloading rapidly accelerates.

Blue-green algae blooms, explosive aquatic weed growth, and fish kills are consequences. In short – if there’s not enough dissolved oxygen, the lake ecosystem will rapidly decline. Without it, a massive mussel die-off can jump start a chain reaction that could impact the long-term health of the lake.

Working with Marrone Bio Innovations, Lake Savers completed a successful test combining Lake Bottom Aeration with Zequanox to achieve a better than 95% kill rate of zebra mussels in Fall of 2012.  The test was conducted at a large water treatment plant in the Midwest in a large, heavily infested water storage tank.

Our Lake Bottom Aeration Technology was used to gently, but continuously circulate the water throughout the tank while Zequanox was applied at the surface.  The tank was completely enclosed with only 3 small access portals.  Without a way to completely mix the water in the tank continuously there would be no way to get the Zequanox to the Zebra Mussels lining the walls and floor of the tank.

One key challenge was whether or not the Zebra Mussels would “clam-up” as a result of the mixing by the Lake Bottom Aeration System.  This is critical because in order for Zequanox to do its job, the Zebra Mussels must be actively “feeding” by filtering the water treated with the Zequanox. If the Zebra Mussels are disturbed, they literally “clam up” and stop filtering water. Potentially for long enough to survive the treatment.

Because our Lake Bottom Aeration Technology precisely mimic nature’s way of circulating water, we were able to overcome the Zebra Mussels built-in defense mechanism and successfully circulate the Zequanox to achieve better than 95% kill of the Zebra Mussels. 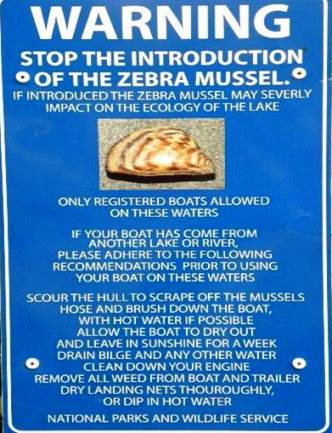 We are excited about the results of this controlled test. We are very confident that we can duplicate these results in open-water, lake applications. We have extensive scientific testing of our Lake Bottom Aeration technology and its ability to fully mix and oxygenate in partial and whole lake applications.

What You Can Do

The biggest hurdle to implementing this potential break-through solution to Zebra and Quagga Mussel infestation is now federal regulatory approval.  Zequanox is an all-natural formulation that has been through extensive testing. However, the regulatory approval gears grind very slowly.

Get involved!  Contact your elected officials and organize your community to increase the pressure to get Zequanox approved for testing and use in open-water applications.

And remember, it will take Lake Bottom Aeration Technology to deliver the “medicine” and ensure that millions of dead and dying Zebra Mussels don’t make a mess of your lake.