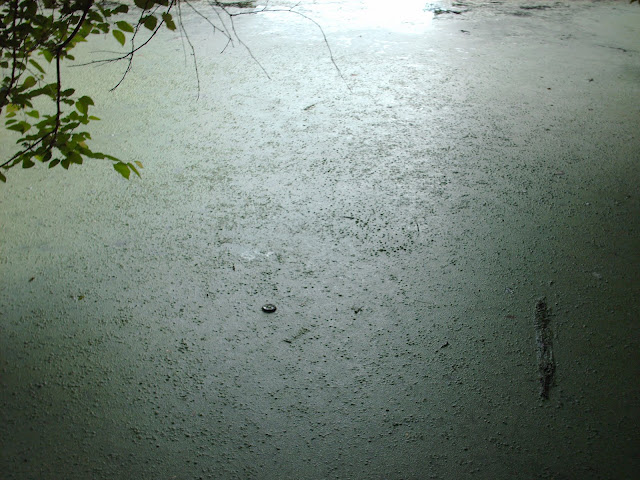 If your lake has excess weed growth and harmful algal blooms…you got muck. Muck is the real nutrient monster that keeps lakes in a eutrophic grip. Years and years (probably decades) of decaying organic matter have settled on the bottom of the lake, becoming a never ending resource of food for weeds and algae.

Muck means several things. First, muck means there’s not enough dissolved oxygen circulating from top-to-bottom. When there is sufficient oxygen at the bottom of the lake, aerobic bacteria and other microorganisms that feed on organic muck thrive. In fact, oxygenating the lake-bottom binds up to 97% of the phosphorus and nitrogen in the water to the bottom sediment where it becomes food for beneficial, muck consuming bacteria and insects. Without oxygen, these nutrients fuel weed and algal growth.

Lastly, muck means there’s Hydrogen sulfide gas being released in the lake – the rotten egg smell. Hydrogen sulphide is highly toxic to healthy microorganisms, insects and fish. Simply put, the presence of muck is a clear sign that your lake’s ecosystem is failing.

Dredging the lake bottom will not resolve nutrient overloading and restore your lake’s ecosystem. Dredging can deepen the lake, making it more difficult for submerged vegetation to grow, but dredging

The truth is that dredging does not resolve the issue of nutrient overloading but simply recirculates phosphorus, nitrogen, and other harmful pollutants into the water circulation column. As a result, your lake will continue in the same overloading dynamic where nutrients fuel excess weed and harmful algae blooms. The cycle of muck formation will continue.

The truth? Dredging is an exorbitantly expensive, ineffective short-term solution. Read more about the dangers of dredging click <here>.

Nature Has THE Answer

Nature has the answer to muck reduction: Oxygen and Aerobic Bacteria. When the lake has sufficient oxygen and a healthy population of aerobic bacteria at the bottom of the lake…muck, weeds and harmful algae disappear.