Blue-Green Algae can kill you

Your Lake’s Only Hope is Dissolved Oxygen
& Aerobic Bacteria

We don’t take this statement lightly. Without these 2 fundamental building blocks of the ecosystem restored…the lake will never recover from the destructive cycle of nutrient overloading, weed growth, algal blooms, and muck accumulation. When dissolved oxygen and aerobic bacteria are restored, weeds, algae and muck disappear naturally. It’s Nature’s Way. It’s our way.

Your Next Decision Determines
the Survival of Your Lake

With blue-green algal blooms happening, your next decision is pivotal.

Dumping aluminum sulphate in the lake to counteract phosphorous overloading will reduce algae but only for a few years. Nitrogen levels that fuel excessive algae growth remain untouched and explode. Worse, aluminum sulphate is toxic to human beings and other mammals. Using alum is a short-term toxic trade-off. It also costs about $4000/acre. For a 100 acre lake, that’s $400,000 for a quick and toxic fix.

The number of lakes at risk of harmful algal blooms will increase by 20 percent in the first half of this century.

Organization for Economic Cooperation and Development 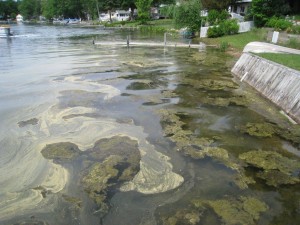 There are over 17,000 species of algae and not all algae are bad. Some microscopic algae are a vital food source for fish and other lake organisms (planktonic). Some are necessary to a healthy aquatic food web.

However, even though planktonic algae are a necessary part of the food chain, when they explode (bloom) as a result of nutrient overloading, a rapid depletion of oxygen occurs and can lead to fish kills.

Other algae are a nuisance (filamentous). Unsightly lake-scums are usually caused either by tangled masses of filamentous green algae or by “blooms” of certain blue-green algae that float on the lake surface. 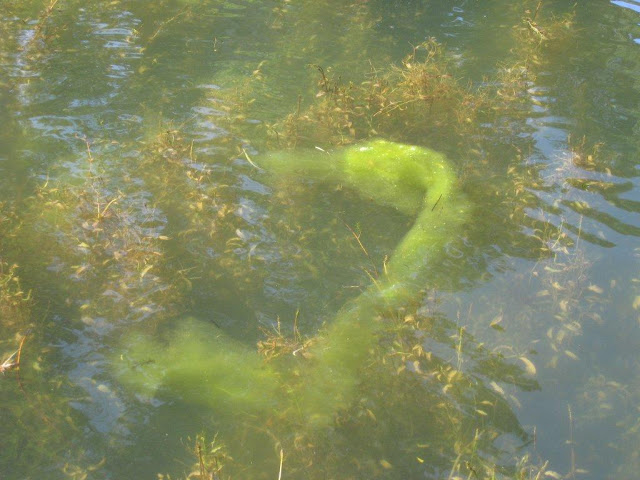 Like planktonic algae, when filamentous algae explode and quickly die, their decomposition rapidly consumes dissolved oxygen. Filamentous algae mass-death is triggered by natural factors, such as a lowered water temperature, low water turbulence, or a few days without much sun light. 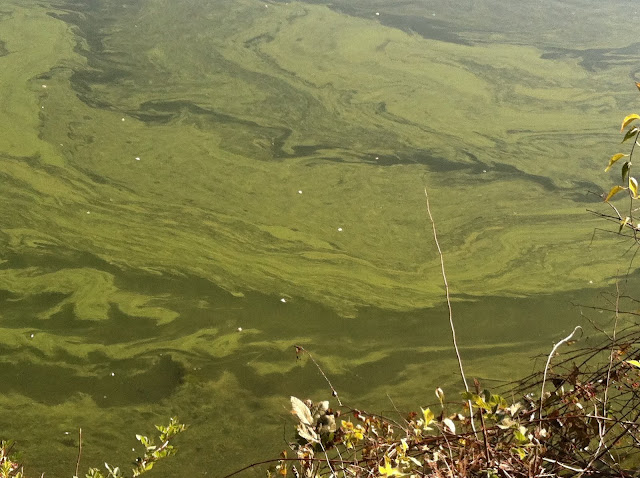 Some algae are toxic. They can kill you. Cyanobacteria (cyanobacteria) in blue-green algae produce neurotoxins, hepatotoxins, cytotoxins, and endotoxins, which cause allergic and/or respiratory issues, attack the liver and kidneys, and affect the nervous system in humans and other mammals. Blue-green algae are not just a nuisance, they’re toxic.

Nature Has THE Answer

Nature has the answer to toxic algal growth: Oxygen and Aerobic Bacteria. When the lake has sufficient oxygen and a healthy population of aerobic bacteria at the bottom of the lake…weeds and harmful algae disappear.